A federal court in Miami entered an order last week, September 16, 2015, authorizing the Internal Revenue Service (IRS) to serve a “John Doe” summons seeking information about U.S. taxpayers who may hold offshore accounts at Belize Bank International Limited (BBIL) or Belize Bank Limited (BBL), the Justice Department announced today.  The order, which was entered by U.S. District Judge Ursula Ungaro, granted the United States’ Petition for permission to seek records of BBIL’s and BBL’s correspondent accounts at Bank of America, N.A. and Citibank, N.A.  Those records will allow the IRS to identify U.S. taxpayers who hold or held interests in financial accounts at BBIL and BBL, as well as other financial institutions that used the same correspondent accounts.

“The Department and the IRS are using every tool available to identify and investigate those individuals determined to evade their U.S. tax and reporting obligations through the use of offshore financial accounts and foreign entities.  These John Doe summonses will provide detailed information about individuals using financial institutions in Belize and, to the extent funds were transferred, other jurisdictions.  But rest assured, we are receiving information from many sources regarding hidden foreign accounts and offshore schemes.  The time to come clean is now – before we knock on your door.”

“This court action further demonstrates our relentless efforts to pursue and catch those evading taxes with hidden offshore accounts no matter where they are or what structures are used to hide behind.  This court action also reinforces the ongoing importance of the John Doe summons in international tax enforcement.”

According to the IRS declaration, BBL is incorporated and based in Belize, and directly owns BBIL.  The IRS declaration further states that Belize Corporate Services (BCS) is incorporated and based in Belize and offers corporate services including the purchase of “shelf” Belizean international business companies.  BBL, BBIL and BCS are all corporate subsidiaries of BCB Holdings Limited, according to the declaration.  The declaration describes and IRS Revenue Agent’s review of information submitted by BBL and BBIL customers who disclosed their foreign accounts through the IRS offshore voluntary disclosure programs.  The customers in the “John Doe” class may have failed to report income, evaded income taxes, or otherwise violated the internal revenue laws of the United States, according the declaration.

The IRS uses what are known as “John Doe” summonses to obtain information about possible violations of internal revenue laws by individuals whose identities are unknown.  The John Doe summonses approved today direct Citibank and Bank of America to produce records identifying U.S. taxpayers with accounts at Belize Bank International Limited, Belize Bank Limited, or their affiliates, including other foreign banks that used BBIL and BBL’s correspondent accounts to service U.S. clients.  The court also granted the IRS permission to seek records related to Citibank’s and Bank of America’s correspondent accounts for BCS and information related to BCS’s deposit accounts at Bank of America.

Federal tax law requires U.S. individuals to pay taxes on all earned and passive income worldwide which includes, but not limited to; wages, dividends, interest, capital gains, rents, royalties, and taxable distributions.  U.S. individuals must also report foreign financial accounts if the total value of the accounts exceeds $10,000 at any time during each calendar year.  Willful failure to report a foreign account can result in a fine of up to 50 percent of the amount in the account at the time of the violation for each year.  Individuals wishing to determine the alternatives that are available and legal representation to resolve these potential civil tax assessments and criminal tax penalties before either or both the Internal Revenue Service and the U.S. Department of Justice should contact us immediately, certainly before the U.S. Government contacts your first! 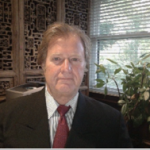