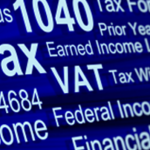 The June 30th, 2014 Deadline for filing your Foreign Bank Account Report is fast approaching. There is no extension and the late filing penalty is to be avoided.

Under the Obama Administration and in cooperation with the U.S. Department of Justice and Treasury, please be aware that if you have a financial interest in or signature authority over a foreign financial account, including a bank account, brokerage account, mutual fund, trust, or other type of foreign financial account, exceeding certain thresholds, the Bank Secrecy Act may require you to report the account yearly to the Internal Revenue Service by filing electronically a Financial Crimes Enforcement Network (FinCEN) Form 114, Report of Foreign Bank and Financial Accounts (FBAR). See the ‘Who Must File an FBAR’ section below for additional criteria.

Note, the old form and filing is now defunct. Form 90-22.1 no longer exists and is replaced with the new form 114 and 114a, which can only be filed electronically and must be filed by no later than June 30th of this year. Of course, when something is new and we are not used to self-filing via the internet, please call me so I can help you successfully make the timely filing.

On September 30, 2013, FinCEN posted, on their internet site, a notice announcing FinCEN Form 114, Report of Foreign Bank and Financial Accounts (the current FBAR form). FinCEN Form 114 supersedes TD F 90-22.1 (the FBAR form that was used in prior years) and is only available online through the BSA E-Filing System website. The system allows the filer to enter the calendar year reported, including past years, on the online FinCEN Form 114. It also offers an option to “explain a late filing,” or to select “Other” to enter up to 750-characters within a text box where the filer can provide a further explanation of the late filing or indicate whether the filing is made in conjunction with an IRS compliance program.

On July 29, 2013, FinCEN posted a notice on their internet site that introduced a new form to filers who submit FBARs jointly with spouses or who wish to have a third party preparer file their FBARs on their behalf. The new FinCEN Form 114a, Record of Authorization to Electronically File FBARs, is not submitted with the filing but, instead, is maintained with the FBAR records by the filer and the account owner, and made available to FinCEN or IRS on request.

FinCEN Notice 2013-1 extended the due date for filing FBARs by certain individuals with signature authority over, but no financial interest in, foreign financial accounts of their employer or a closely related entity, to June 30, 2015. Who Must File an FBAR

United States persons are required to file an FBAR if:

— The aggregate value of all foreign financial accounts exceeded $10,000 at any time during the calendar year to be reported.

Exceptions to the FBAR reporting requirements can be found in the FBAR instructions. There are filing exceptions for the following United States persons or foreign financial accounts:

The FBAR is a calendar year report and must be filed on or before June 30 of the year following the calendar year being reported. Effective July 1, 2013, the FBAR must be filed electronically through FinCEN’s BSA E-Filing System. The FBAR is not filed with a federal tax return. A filing extension, granted by the IRS to file an income tax return, does not extend the time to file an FBAR. There is no provision to request an extension of time to file an FBAR.

A person required to file an FBAR who fails to properly file a complete and correct FBAR may be subject to a civil penalty not to exceed $10,000 per violation for non-willful violations that are not due to reasonable cause. For willful violations, the penalty may be the greater of $100,000 or 50% of the balance in the account at the time of the violation, for each violation. For guidance when circumstances such as natural disasters prevent the timely filing of an FBAR, see FinCEN guidance, FIN-2013-G002 (June 24, 2013).

The following IRS website provides similar but with additional detail on filing requirements. If you need any assistance, kindly call me immediately to fall within the timely filing deadline of June 30, 2104 and be compliant, thank you.