News
Michael B. Nelson / Asset Protection Planning / Now is the Time to Face the Question, Do you have a Foreign Bank Account?
Feb 10

Now is the Time to Face the Question, Do you have a Foreign Bank Account? 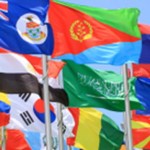 Now is the Time to Face the Question, Do you have a Foreign Bank Account?

An entire treatise has almost been written recently on the U.S. taxation of American citizens, U.S. Green Card Holders and U.S Residents who are being taxed by the U.S. on their worldwide income or individuals that feel the taxing laws of the U.S. are grossly over-reaching and fundamentally unfair. This pervasive feeling of dual citizens who have never stepped foot on U.S. soil and now having to be double taxed has reached a “boiling point” where individuals are seriously considering renouncing their U.S. citizenship as an alternative to the annual tax reporting to the U.S. Treasury, which is getting more onerous each month that passes and the real possibility of paying U.S. taxes on top of their country of residence and citizenship taxation.

If you have questions if you are now or will be deemed a U.S. resident please click here.

HOW BAD IS BAD?

As the of London Mayor Boris Johnson was informed by the U.S. Treasury that he was subject to U.S. taxation on the sale of his London residence. Mayor Johnson’s first reaction was of disbelief and he stated so when asked if he would pay the U.S. tax on the sale of his South Islington residence, “No is the answer. I think it’s absolutely outrageous. Why should I?”

Since his excited exclamation, Mayor Johnson has reconsidered and reached an agreement with the U.S. Treasury. Now, he may refresh his earlier determination of the economics of relinquishing his U.S. citizenship, which involve substantial time, consumes billable legal hours and then there is the U.S. Exit Tax.

Although many authors of articles and blogs of Mayor Johnson’s dilemma suggest a crippling U.S. tax needed to be paid; that may not really be the situation. There are many useful tax techniques in the international tax advisor’s toolbox.

First, his earnings as London’s Mayor are subject to U.S. taxation, but there is also substantial relief. For instance, his foreign sourced earned income can be excluded from U.S. taxation in an amount up to $91,400 and another exclusion of the Housing Allowance up to $14,624. Then, any of this earned income that exceeds these two exemptions/exclusions is available for relief by claiming his United Kingdom tax as a offset directly against the U.S. tax pursuant to the Convention Between The Government Of The United States Of America And The Government Of The United Kingdom Of Great Britain And Northern Ireland For The Avoidance Of Double Taxation And The Prevention Of Fiscal Evasion With Respect To Taxes On Income And On Capital Gains. The basic theory is that one stream of taxable income should not be taxed twice.

Second, the South Islington residence may have been available for the exclusion of $250,000 of the gain since Mayor Johnson is a U.S. Citizen and probably lived in the property for at least the last two years as his primary residence. Also, any improvements that are of the type that add value and life to the property will be added to the basis of the residence to yield his Adjusted Basis. Also, and equally important, the year of the initial purchase, the years of the improvements and the year of sale in a foreign currency, in this case British Pounds Sterling, must be converted to U.S. dollars at the price stipulated by the U.S. Treasury at the time of making the purchases and the ultimate sale. The mechanics of currency conversion may greatly reduce this net gain on sale. Add to these factors and a capital gains tax rate that is much lower than the ordinary income tax rates for someone like Mayor Johnson and the net tax liability may be greatly less than initially thought.

Third, the biggest problem facing Mayor Johnson is not what other authors and bloggers have focused upon: capital gains tax or the ordinary income tax to the U.S. Government. The biggest financial threat is the unreported bank accounts to the U.S. Department of the Treasury. The reason I say this is because generally the sales proceeds from the sale of a residence in the U.K. is put into a U.K. bank account as the seller(s) join the “chain”. Here we are using the word “chain” in reference to the process of buying or selling a house, is a sequence of linked house purchases, each of which is dependent on the preceding and succeeding purchase. The term is commonly used in the U.K. wherein each member of the chain is a house sale, which depends both upon the buyers receiving the money from selling their houses and on the sellers successfully buying the houses that they intend to move into. Where no chain exists, it is called a chain free property, but only 10% of property transactions in the United Kingdom have no chain.

Therefore, assuming Mayor Johnson is in a chain, his gross sales proceeds of 1,200,000 Pounds Sterling would have sat in his separate or joint account for at least one day and that is enough for the FATCA reporting to have been required by Mayor Johnson. Please see my earlier articles on FATCA and the individual’s responsibility to file with the U.S. Treasury federal form 90.22-1 for the year 2009 or face a possible 50% penalty. This 50% penalty is actually 50% of the highest balance kept in the foreign bank account in any particular year. The calculation would be 1,200,000 x 50% = 600,000 Pounds Sterling and converted under the IRS exchange rate for UK Pounds to US Dollars is 0.667, see http://www.irs.gov/Individuals/International-Taxpayers/Yearly-Average-Currency-Exchange-Rates, which is $899,550 of penalty without the calculation of interest which compounds daily. Also, a chain may run for more than 2009, easily running into tax year 2010 where the 50% penalty would apply again and the full 1,200,000 British Pounds would be assessed at the non-filing penalty with 50% in 2009 and another 50% in 2010. In summary, remember, this penalty is only for the tax year 2009 and does not take into account the tax years 2007, 2008, 2010, 2011, 2012, 2013 and 2014 which are all delinquent assuming 2014 report of foreign bank accounts is not filed by June 30th, of this year!

Please do not consider the free suggestions of individuals writing stories or blogs on the Internet as your particular U.S. tax advise when this area of taxation and international tax consequences can change dramatically between each individual’s situation. If you believe that you may be facing potential challenges from the United States Treasury and/or the Department of Justice for unfiled tax returns, unpaid taxes, non-reporting of foreign bank account for the last 8 years or any portion thereof, contact us immediately for a free and private consultation. Foreign bank accounts WILL BE REPORTED to the U.S. Treasury anywhere from last year to next year depending on the country’s agreement with the U.S. Treasury and if your name is part of that report from your bank then you will be contacted by the U.S. Treasury and your options will be greatly diminished as well as your ability to seek mitigation of tax, penalty and criminal prosecution. We are heavily experienced in these matters and await your call.